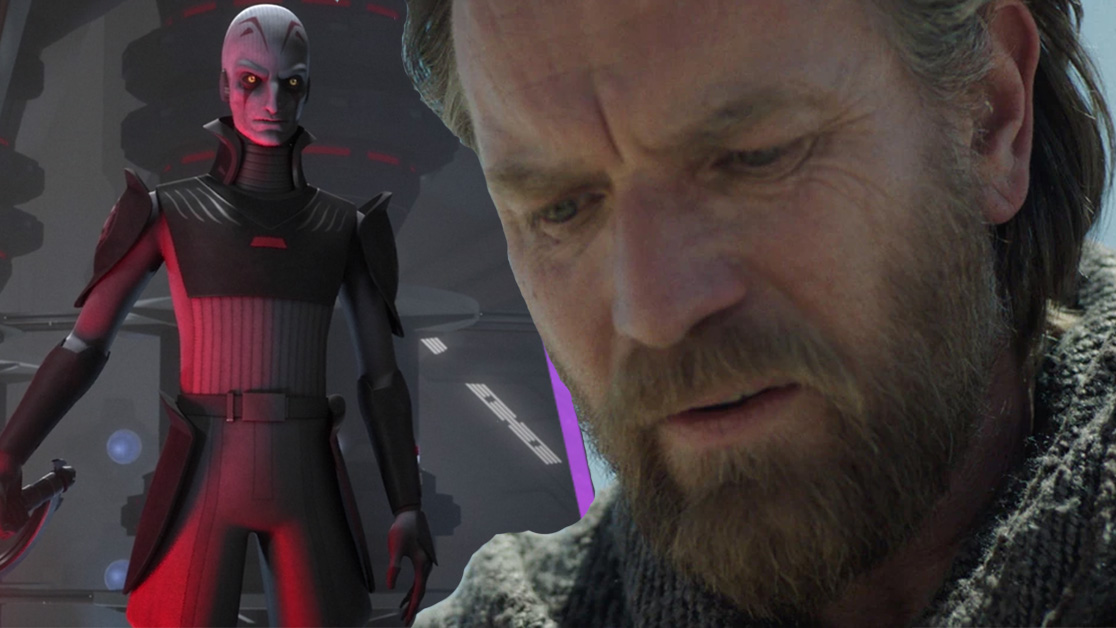 Obi-Wan Kenobi has just dropped its first two episodes on Disney+ as of 6 AM UK time on 27th May, and it’s already potentially changing Star Wars canon as we know it.

Our Star Wars Celebration 22 FAQ – Every Announcement And Interview Covered

Fans of Star Wars Rebels should beware of spoilers and start chanting “I am one with the force, the force is with me” to keep calm before continuing. Let’s discuss the apparent “Grand Inquisitor Death”

Before we get into it, let’s make it clear that Star Wars Rebels is set around four years after the event of Obi-Wan Kenobi, which makes this ret-con send a shockwave of disturbance through the force.

Rebels occur between 5 BBY and 0 BBY (Before the Battle of Yavin in A New Hope), with Kenobi taking place around ten years after the events of Revenge of the Sith in 9 BBY. This means any events that don’t line up with Rebels from Kenobi will break continuity and canon for Rebels and anything else this character is associated with.

*Once again, DO NOT continue reading unless spoilers for Episode Two of Obi-Wan Kenobi don’t bother you.*

In the final moments of episode two, the third sister is stopped from finding Obi-Wan Kenobi in a cargo ship port on Diyu by none other than the Grand Inquisitor. This moment represents the boiling point between the Inquisitorus and third sister due to her overwhelming yet mysterious desire to find Obi-Wan Kenobi and deliver him to Darth Vader.

Everything We Know About The Grand Inquisitor

As the Grand Inquisitor forces the Third Sister to one side, she rebels and impales him with her crimson lightsaber. He falls to the round seemingly lifeless, potentially risking the greater Star Wars canon and throwing many questions into the mix.

We’ve seen the likes of Fennec Shand recover from fatal blaster wounds in a similar area thanks to the mod parlour fixing her up with cybernetic enhancements. Let’s also not forget how Anakin survived his fight on Mustafar again Obi-Wan Kenobi. With his insides and outsides burnt to a crisp alongside losing nearly all of his limbs, it’s safe to say anyone can survive given the right circumstances in Star Wars.

Also, Mace Windu is obviously still alive. We’re hedging our bets now. But on a serious note, if Lucasfilm does end up ret-conning Rebels, it would be an absolute disaster for the greater Star Wars continuity.

Whilst we think Lucasfilm have learned their lesson with the prequel trilogy, we’ll all have to wait in angst until episode three of Obi-Wan Kenobi drops on Disney Plus on Friday 3rd June.