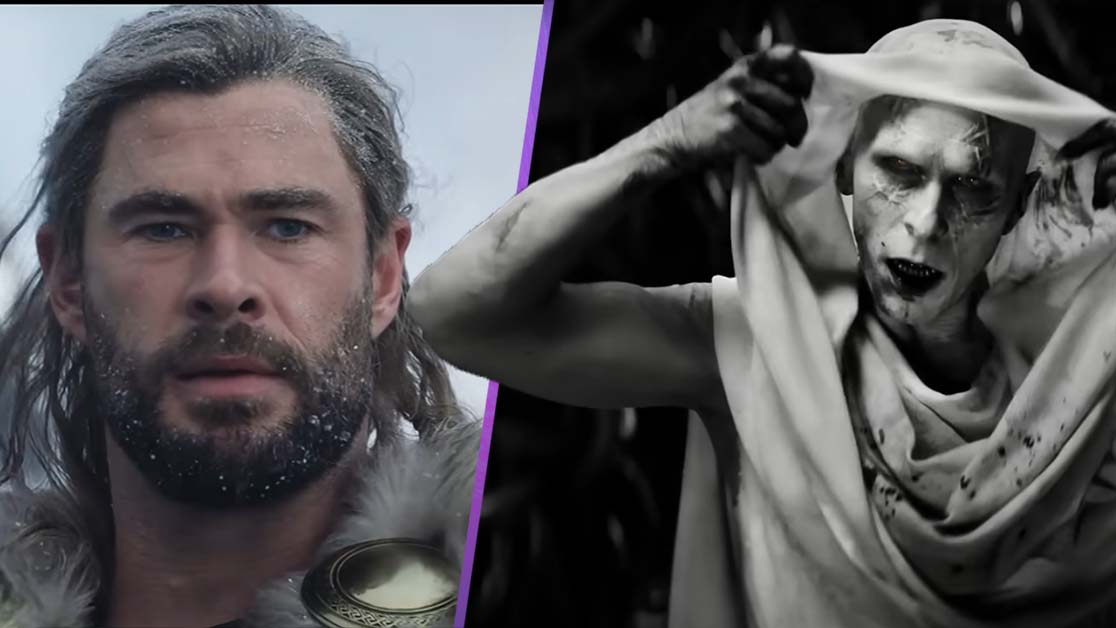 A new trailer for Thor: Love and Thunder has shown a first look at Christian Bale as Gorr the God Butcher.

Following the previous trailer which revealed Jane Foster wielding Mjolnir, we’ve now seen a glimpse of Gorr the God Butcher. The character is making his debut appearance in the upcoming film, which is the fourth Thor film in the MCU.

The new trailer is out now on YouTube, and you can view it below.

It looks like Gorr the God Butcher’s scenes are shot in a monochrome style, which is an interesting contrast to the bright colours in other scenes. It’s definitely an interesting way to make this villain stand out. Christian Bale is sure to give a memorable performance in the film.

Thor: Love and Thunder is the next MCU film following Doctor Strange in the Multiverse of Madness. It releases on July 8th, 2022.

The film stars Chris Hemsworth as Thor, Christian Bale as Gorr the God Butcher and Natalie Portman as Jane Foster. Other returning stars include Tessa Thompson as Valkyrie, Jaimie Alexander as Sif and Taiki Waititi as Korg. Russell Crowe will play Zeus.

Furthermore, the film will feature the Guardians of the Galaxy, which was confirmed in the first trailer. Jeff Goldblum will also return as the Grandmaster, introduced in Thor: Ragnarok.

The plot synopsis reads “The film finds Thor on a journey unlike anything he’s ever faced — a quest for inner peace. But his retirement is interrupted by a galactic killer known as Gorr the God Butcher, who seeks the extinction of the gods.

“To combat the threat, Thor enlists the help of King Valkyrie, Korg, and ex-girlfriend Jane Foster, who — to Thor’s surprise — inexplicably wields his magical hammer, Mjolnir, as the Mighty Thor. Together, they embark upon a harrowing cosmic adventure to uncover the mystery of the God Butcher’s vengeance and stop him before it’s too late.”