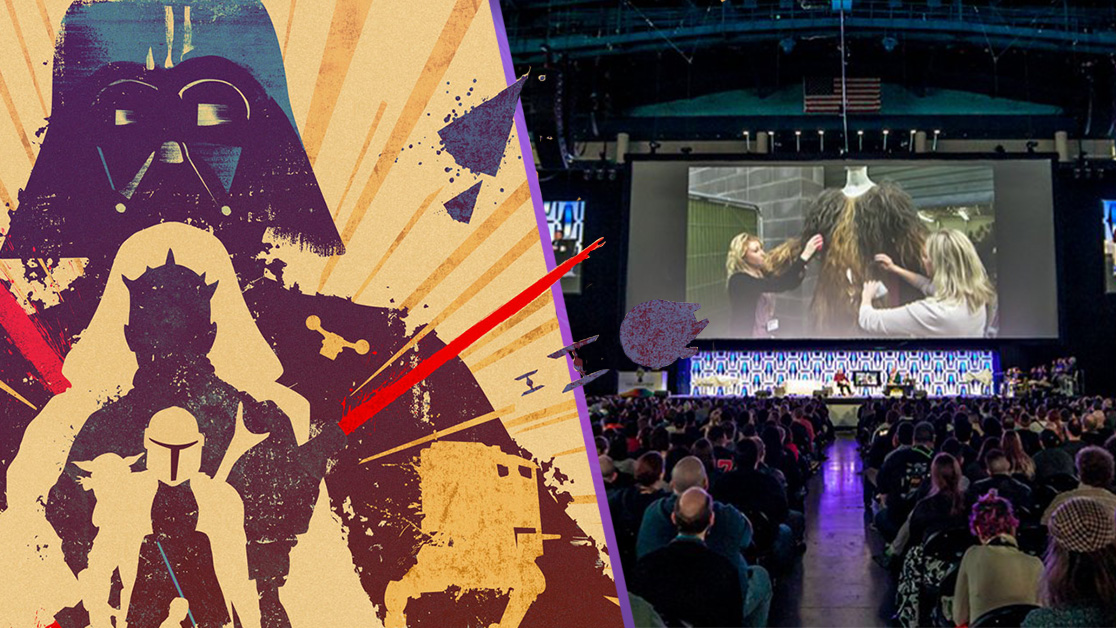 Star Wars Celebration 22 isn’t only the next celebration of the galaxy far far away, it’s a return to form after a two-year hiatus. The last Celebration was in 2019, and thanks to the Covid-19 pandemic we’ve been missing out on the magic (or force) of the biggest Star Wars convention in the world.

What Was Revealed During The Lucasfilm Studio Showcase? – Star Wars Celebration 22 FAQ

We wanted to make sure every announcement and interview was in one place for our readers, so here’s our Star Wars Celebration 22 FAQ.

This also means we’ve got some killer announcements to look at alongside some surprise appearances. Rather than do a separate article for each one, here’s a complete FAQ about what’s happened at the Star Wars Celebration so far:

The Pacific Chorale performed the classic “Duel of Fates” as first heard during the Darth Maul vs. Qui-Gon Jinn and Obi-Wan Kenobi fight in Episode I: The Phantom Menace. There wasn’t a better way to introduce the showcase’s first special guests…

Everything We Know About The Grand Inquisitor

As the crows died down, Ewan laid down quite possibly the most quoted line in Star Wars that made the crowd erupt “Hello There”. After some pleasantries, the scene is set for the Obi-Wan Kenobi TV Series.

After Showrunner Deborah Chow describes how the time period between Revenge of the Sith and A New Hope is ripe for storytelling, Ewan McGregor confined his decision to return was based on fan demand:

“In the last five or six or so years, we started to feel all of your love for the prequels that we made. The truth is, that’s meant an enormous amount to us.”

An early screening of the first two Obi-Wan Kenobi episodes was then announced on the main stage screen.

Then both Kennedy and Luna go on to state that Andor resonates with Star Wars fans, mostly due to the climax of Rogue One and his great sacrifice. Luna jokingly quipped:

“The beauty of this show, I know there’s no way they’ll kill me.”

This segment of the showcase then ended with a teaser trailer reveal for Andor:

Ron Howard, the original director of Willow, and the new series showrunner, Jonathan Kasdan then took the stage to discuss the origins of the Willow TV series idea. Apparently, the seed was planted whilst Howard was on set for Solo.

Warrick Davis is of course returning as the titular sorcerer, who is a bit of a fanboy himself. It’s probably the worst kept secret at Lucasfilm at this point:

“It’s something I always wanted to do, It’s a dream, in fact.”

A teaser trailer reveal was then dropped: